The last day in Vietnam was electric.

Vietnam had reached the finals
of Under-23 World Cup Football.
Apparently they never make it so big
in the world stage so this was special.

It started late afternoon as big screens were set up
and Vietnamese people were glued to the screen
Anxious and hopeful as they prayed they would win.

While we had been following up
watching quarter finals in Hue train station
semi-finals in the Halong Bay cruise,
We made it to the streets of Hanoi
for the much awaited finals.

The situation was almost tense
The crowd had blocked the streets
and everyone was clad in red.

The mood was ecstatic
and we knew even if they lost
it would not matter because
the Vietnamese had already won. 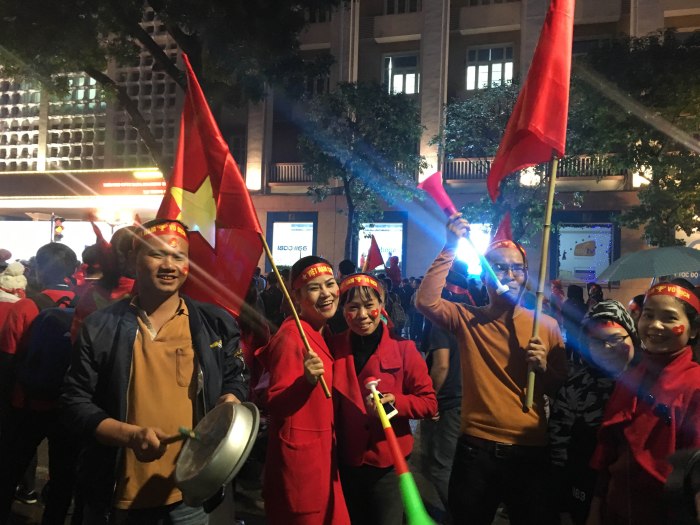 The joy and excitement could not be contained
there was fireworks, honking horns
and lots of happy people that night 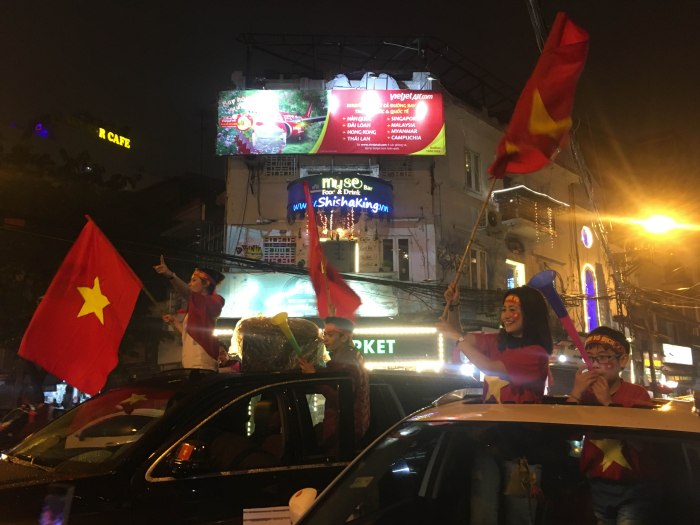 They fought the good fight.

today we talk about heritage and living museums
we steer away from the traditional understanding of a museum
which has a lot to do with colonial history, stolen artifacts and objectifying people
but museums are wonderful spaces
which tells us of the colorful past and a vibrant present
vietnam museum of ethnology was one of the best
museums i have visited in recent years…

there is so much to see in every direction-
the wind chasing the birds along the skyline,
the myriad rocks and islands rising all around.
The idea of these being the peaks of some dark,
undersea mountains makes my gut lurch.
I feel vulnerable…

-Bee Rowlatt in In Search of Mary