The last time I was in Tingvong, a huge landslide had blocked the road
so I had to walk halfway and catch another jeep to get me out of Dzongu. 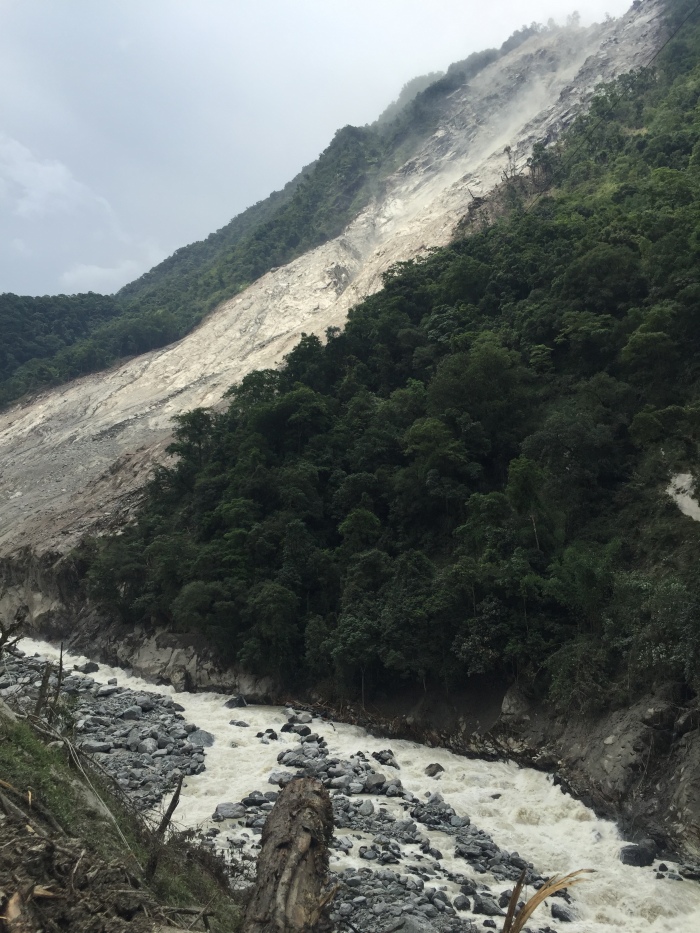 This time around, there was no to road to Tingvong.
The landslide and slope failure had eaten up the road
and a lake had been formed instead. 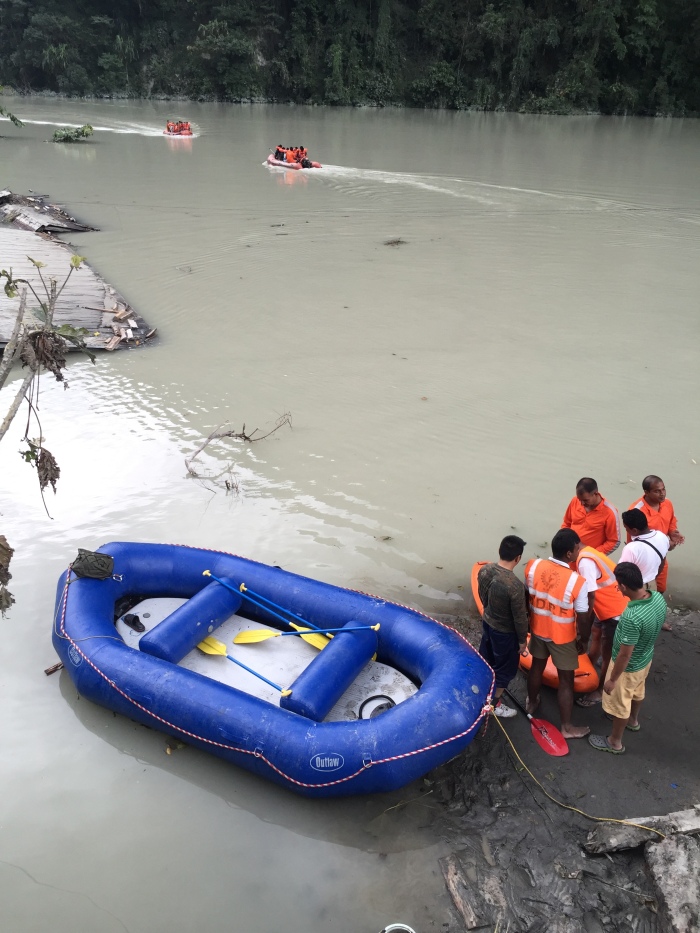 Houses were submerged,
and villagers were divided
between two sides of the lake.

The relief rations were being carried
by the local menfolk
as it was transported in rafts
along with those that needed to
get to the otherside. 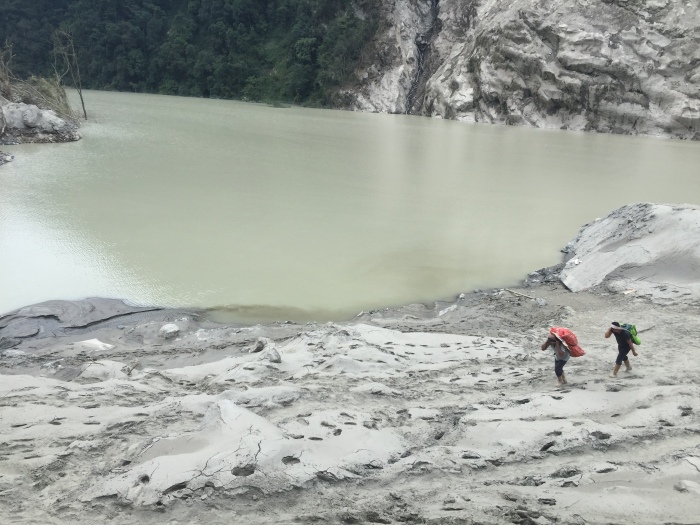 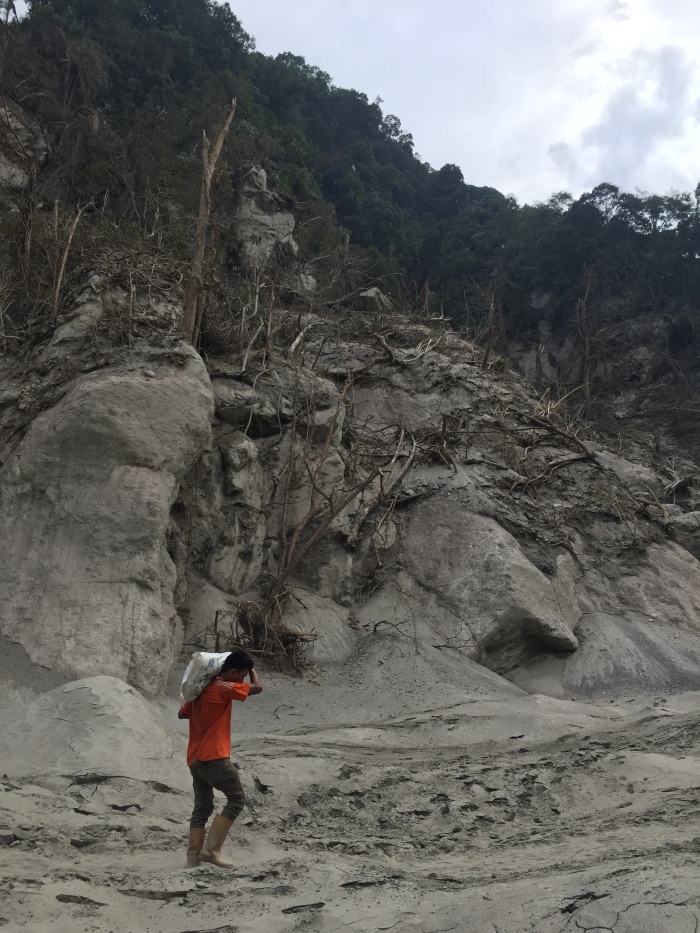 The debris from a week ago was still afresh
and one could see the dusty windows
of the house where we used to have tea.

“It looks like a desert” somebody remarked.
The brown branches were gray
covered with thick layers
of silts that looked like white sands.

Mother nature
was at work
to break
the complacent
rhythm of
selfish humans.

The landscape had changed
The road had turned to a lake
The road to Tingvong ceased to exist.
I don’t know when I will go to Tingvong next.